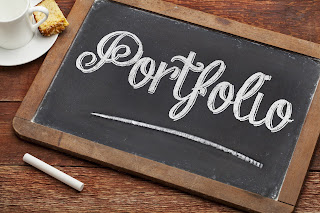 With January 2021 drawing to a close, it's time for a portfolio update.

This company has been the thorn in my side for a while. For a number of years it's share price rose and the divided was tasty, but as we all know it has has gone down like the Titanic in recent months. My reasons for off loading just over half of my holdings before the vote are as follows:

1. Lippo have shafted First once and they could do it again.

2. I sold 60% and not 100% because the counter was down almost 80% and I wanted to leave some skin in the game for a speculative return to form in the future. Whether this will happen or not is in the hands of the gods.

3. First Reit's CEO talks straight and took part in the rights issue. Thus, who knows, maybe in the long term he can turn things around.

This is the greatest paper loss I've encountered in my investment career, and I learned lots from it. Namely, I learned not to get too greedy when chasing REIT yield. Also, I learned to research a REIT's sponsor more carefully. Lippo are shady to say the least and should have been taken to court for their shenanigans, but I understand that FIRST Reit's management had no choice but to call the rights issue and fuck over their share holders. We all know Lippo created this problem and should have shouldered the burden, but they didn't and shamelessly fed a shot sandwich to loyal First Reit share holders. This callous and, quite frankly, ballless move loss me and others a lot of money and eroded all our trust in Lippo. I think based on the financials there will be another rights issues in the future, diluting share holding even further. This I'm ready for - albeit with a massively reduced position. So, with two fingers up to Lippo, I'm out for 60% and praying that somehow fortunes turn around for my remaining (albeit massively diluted 40% stake) However, I feel I might be waiting for some time.

I took profit on Keppel DC REIT and sold 50% of my stake. I got into the counter two months after the IPO and added heavily to it in the first year, so I was up almost 200%. I've been flirting for a while with reducing my position and taken some delicious paper gains, this month I finally did. Yum yum!

I sold off a minor position in Global Investments Ltd. This was and dividend play I felt didn't pay enough for the risk involved, so I sold out at the same price I paid 2 years ago. I still collected a decent yield for my troubles though, so not all in all it worked out OK. I see this investment as a reflection of my more immature self. I'm trimming off these parts off my portfolio and replacing them with more reliable Singapore dividend plays and long term US growth.

UOB and OCBC. I like UOB's prospects over the next decade with its exposure to SE Asia. Granted, it's not a bargain, but It's not expensive either, so I loaded up heavily and added to my existing position. Likewise, I dumped a large chunk into OCBC to diversify over the big 3 Singaporean banks. All 3 will go back to normal dividend soon once the government lift the 60% cap. These are long term growth/dividend plays for me with their flawless balance sheets and health yields.

In conclusion, January has seen me starting to cut out the clutter from my portfolio. I'm still monitoring Berkshire B and Alibaba closely and will add if there are decent pullbacks.