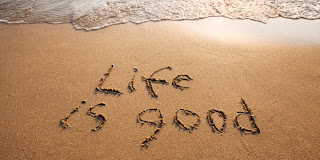 Good morning on this beautiful Sunday. With blue skies and a delectable cool breeze from the east; this is going to be a good day.

I trust all of you are well or as close to well as can be. I'm buzzing today actually, and I put this down to a couple of factors, which I'll talk about today.

1. Cutting down on the beer

All my adult life, I've flirted with booze. Thankfully, I've stayed away - on the whole - from the harder stuff and stuck to mainly larger. That said our relationship has been long term and at times intense.

This started at a young age, for I come from a county (which will remain nameless) that prides itself on heroic consumption of alcohol. Thus, as a teenager, my friends and I would spend weekends in parks, up mountains, in forests and down beaches huddled together, sipping cans and enjoying nature.

Booze became, very quickly, an integral part of socializing and having fun.

This continued into university, albeit to a more intense degree, with a marked increase in not just the amount being drunk but also the frequency. What with 20,000 young people on campus and daily drink promotions the in the university bars, how could you refuse?

'Sure, you can't afford not to be pissed.'

After a heady, hazy few years of tertiary education, I moved to the other side of the world to peruse my career, only to be surrounded by folk who also enjoyed supping more than they should. Again, my social life circumnavigated the bar scene, and heavy consumption became the norm.

Now, this is not to say that I had lost control or anything like that, I hadn't. But it's just interesting how integrated into one's daily life drinking becomes: you go to meet a friend in town for a drink; it's your day off tomorrow so you get in a load of beers; it's your day off so you go for a few drinks in the afternoon; you're on holiday at the beach so you drink all day etc etc... It's like a insidious, incremental drip, drip, drip... an endless, joyless, pointless jaunt from one drink to the next without stopping and reflecting on the damage being done both mentally and physically.

Once you takes this step back and think about how life is ticking by with a booze fueled predictability, you start to re-think how life should be.

These days I run long distances on jungle trails and love the feeling of freedom and the fizzing of endorphins around by brain. I've found over the last week without alcohol this feeling has intensified.

While running with a fully detoxed body, I feel like I'm looking out on a new world, a fresher world, a world of intensified colors, smells and sounds. Gone is the heavy head loaded with uncertainties and anxiety, and in in its place is a head brimming with positive thoughts and possibilities. Therefore, when I weigh up how much I get from and alcohol and how much it take from me, it's irrational to keep drinking like before.

Churchill said, 'I've taken more out of alcohol than it has taken out of me.'

I used to feel this way, but now I've changed my mind. Drinking on a regular basis, no matter how much, becomes a habit loop that's difficult to break because you associate the bars and the friends that go there as part of your identity. If you gave the beer up, you'll lose part of your identity, an that's a scary thought. But this is an illusion.

However, when you finally take some time off, you see the world unveiled. This morning while running I had feelings about nature that I haven't had since I was a young kid. Suddenly, I felt more in tune with the greenery around me, more appreciative and observant. This is the way I want life to go on.

Presently, I'm reading Ray Dalio's 'Template for Understanding the Debt Crisis' and also Richard Dawkin's 'The Ancestor's Tale'. In the former, Dalio shows how the short term and long term debt cycles are predictable and inevitable. With painstaking research, he looks all all the major market crashes of the last century and analyses why these came about. I'll say little more about this as I don't want to spoil it for any potential readers. But what I can say is that it's food for thought and dam well written.

The Dawkins' book - as always - is peppered with delicious metaphor and analogy. It always amazes me how original he can be with his use of language. The book set you on a 'pilgrimage' from the present day back to the dawn of time, mapping the history of our species. Not coming form a scientific background, I love read Dawkins as he paints vivid pictures about complex scientific ideas. And, more amazingly, even a scientific dunderhead like myself can piece together the puzzle. Dawkins is worth reading for the science and also for the smoothness of his prose.

Thus, I come to the end of this week's post. Sorry, this weeks offering contains zero about investing etc. but sometimes when you start typing and get into a flow it's worth seeing where your thought process takes you. Today, it took me on a lovely little journey of self-reflection and mindfulness. For this, I'm thankful.

The two take-aways from this post are drink less and read more.

More next week. Have a good one. 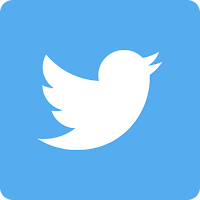 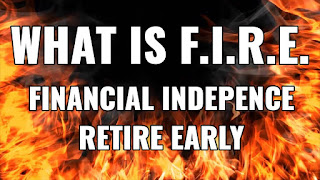